Unpopular Opinion: Down with Series Characters 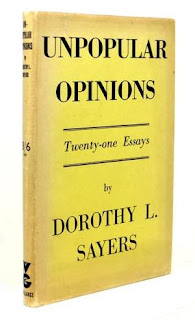 They're popular with both readers and critics.
They keep the books selling.
They're ruining the whole crime fiction genre.
Who's that? Series characters.

Faithful readers of this blog as well as of my ramblings at Yahoo or Facebook know that I'm of the Julian Symons persuasion on this (and this alone!) and I'd like to explain why. I'm perfectly aware that mine is a minority position in the fandom, even an unpopular one, hence the sayersian title - which is quite ironic given that DLS was partially responsible for the evolution that led to me taking this stance.

Series detectives are as old as the genre itself: the founding text was the first instalment in a  trilogy featuring a Parisian detective. Then came Monsieur Lecoq, Ebenezer Gryce and of course Sherlock and his many rivals and followers. Do I think the genre would have been better off without them or the likes of Ellery Queen, Gideon Fell or Albert Campion? Obviously not. So why don't I extend the same courtesy to James Rebus or Alan Banks? Because these are different series characters inhabiting a different kind of detective stories.

The Canon for instance is not about Sherlock Holmes - we learn very little about him over the course of the stories - but about Sherlock Holmes investigating. Same goes for most of the Great Detectives, including tough guys like Marlowe or Lew Archer. Those characters have distinctive personalities, they are sometimes personally involved in the case at hand and/or are personally affected by it, but their main purpose is to investigate and to solve. They evolve only marginally over time, and each case is forgotten at the beginning of the next book.

Modern detectives, on the other hand, are the raison d'être of the stories in which they appear. Their personalities, their issues, their relationships, their reactions to the case they're working on are the real subject of the book and the reason why readers follow them. This is in line with the modern crime novel's emphasis on character over plot, in line too with the modern love of serialized fiction - think of how TV shows have evolved from self-contained episodes to complex storylines running over whole seasons, or how the Marvel Shared Universe has completely redefined the very concept of a blockbuster. The effect in most cases however is rather that of a long-running and bloodier than usual soap opera than of "serious" novels. Another drawback is the danger of becoming too formulaic, which already existed with "old" series characters but becomes even more threatening and visible when the necessities of the feuilleton bar you from experimenting with viewpoints and structure. Finally, this brand of crime fiction attracts a kind of reader that is not primarily concerned with the criminal element but with "what happens next" to the detective, which in turn encourages writers to focus on the latter at the expense of the former.

My main criticism, however, is of an artistic order. While I'm (correctly) seen as a lover and defender of vintage crime fiction, I want modern crime fiction to be modern, which it is not, at least on a literary level. The contemporary crime novel, with its clearly delineated characters and social realism, not to mention its impressive lengths, harks back to the Victorian, at best Edwardian, era. The novelties of the twentieth century have mostly bypassed it, probably because of the hostility of writers (I've lost a count of the times I've read crime writers patting themselves on the back for not succumbing to the modernist/postmodernist sirens that according to them killed literary fiction a long time ago) It wasn't always that way: Golden Age and psychological suspense writers were not afraid to experiment and learn from their literary colleagues; it was the hardboiled school that refused to go with the times and ultimately imposed a naturalistic framework upon the whole genre, a rare case of a successful counter-revolution in the field of the arts. As counter-intuitive as it may seem, Philip MacDonald in the Thirties was more modern than John D. twenty years later.

Series characters as they do exist now stand in the way of the crime novel becoming fully modern, whatever that means to you. They must either become again what they used to be and leave the spotlight to the people involved in the case, or go the way of dinosaurs. It is of course wishful thinking as neither will happen; everyone from writers and readers to the all-(too)-powerful editors and publishers are okay with the state of things - and that's what makes this post an "unpopular opinion".
Publié par/Edited by Xavier à 21:36 4 commentaires 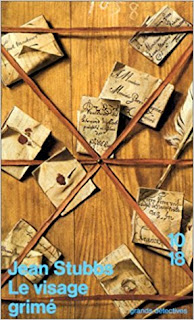 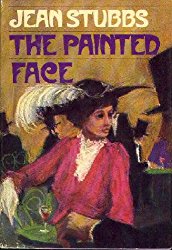 Unless I finally find something to read in the eight hours left before the big jump and it turns out to be a masterpiece, the book below will be my Book of the Year. 2017 was a rather so-so year as far as reading goes; I was on reader's block most of the time and few of the books I managed to read made a lasting impression. Let's hope 2018 is better.